All Graphics Fonts and Icon Fonts 1 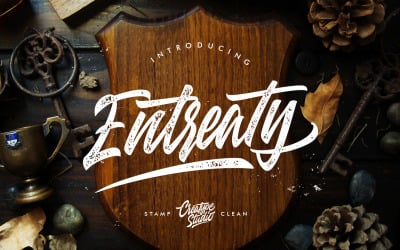 Hello! Entreaty is a bold modern handlettering script with strong style and dramatic movement. It's allowing you to create beautiful hand-made typography in an instant.Entreaty is to use for any kind of design such as branding projects, logo, wedding designs, social media posts, advertisements, product packaging, product designs, label, photography, watermark, invitation, stationery and any projects that need handwriting taste.What's Included :Thank you for your purchase!Hope you enjoy with our font!
Sales: 2
$18
Details