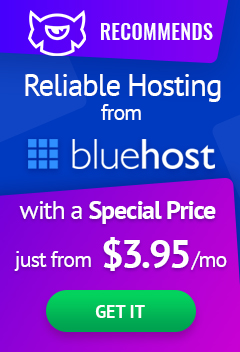 What are the MotoPress products?

Hello! People often ask me what is MotoPress? MotoPress is a company, building cool WordPress plugins. The company has been founded by a person who has also founded a motocms.com in the past plus several other tools and builders in the web design industry. And currently the company has two products. First of them is the MotoPress Content Editor, and the other one is the MotoPress Slider.

What is the MotoPress Content Editor? What are the benefits of using it?

The MotoPress Content Editor is a flagship product, it’s been available for a couple of years already. Unlike other WordPress plugins, it actually does a pretty revolutionary thing in terms of the functionality, because it kind of replaces the default WordPress editor with a visual editor which is very convenient to use, which is very intuitive and very beginner-friendly. The MotoPress Content Editor also has the drag-and-drop functionalities, so you may drag elements around when you are within the editor of this plugin.

In terms of value it is absolutely amazing for all the WordPress beginners out there, because they may find themselves lost within the default WordPress editor, and the MotoPress Content Editor is a lot more beginner-friendly, and it helps them figure out WordPress more easily. So ultimately content editor for MotoPress makes WordPress even more beginner-friendly than it is out of the box. And, of course, it allows to build content that’s responsive which is very important thing these days on the Internet.

What is the MotoPress Slider? What are its basic features?

The second product, the MotoPress Slider, is relatively new. It’s been around for several months now. Essentially, it’s an image slider allowing you to display your image content in a rotating way like flips (one image after the other). You may also display the content within that slider, it will also be rotating.

As any other MotoPress products, the MotoPress Slider has an intuitive interface, and it has a layered structure which is actually a very important thing, because it simplifies the process of creation each slide. You don’t have to edit them in the image editing software like Photoshop, for example, and it actually simplifies things a lot and speeds up the process of launching your slider on the website.

It has nice transition effects since it’s a slider, its main job is to rotate the slides, and this process of changing one slide to another is called a transition. The visual effects that MotoPress Slider has are pretty spectacular. And, of course, as any other MotoPress product, it’s also responsive.

What is the competitive environment the MotoPress products operate in?

Another interesting thing about MotoPress products is that the MotoPress Content Editor is the seasoned product, and it operates in a more competitive environment, so it has more competitors on the market. The tricky thing about the MotoPress Slider is that you may think that its environment is a lot more competitive. However, well, yes, WordPress does have a lot of plugins that allow you to build sliders but not like this. This one is what you call a “professional slider” because it looks professional, it is great in terms of performance, speed, responsiveness, and it’s very beginner-friendly, of course. So you don’t find a lot of sliders like this out there for WordPress.

That’s what it is about MotoPress. There’s a lot more about this company available on the Internet. Feel free to check out their website, feel free to search for their brand name on Google and read some additional articles. But this should give you a basic idea about what this company does and why their products are so popular.

WordPress. How to revert the last changes made in posts/pages (Revisions management)

In this tutorial you will learn the way to revert the last changes made in WordPress posts.

WordPress. How to make specific menu open in a new tab

This video tutorial will show how to make specific menu open in a new tab in WordPress.

WordPress. How to add a search form and edit search results page

This tutorial is going to show you how to add a search form & edit search results page on your Wordpress template.